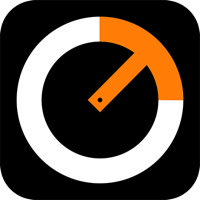 After waiting for about a week to get approved by Apple, my new game is finally available on three platforms.

The game is free, so you can download it and take a look. Just go ahead and click on the corresponding badge below.

If you want to learn more about the game, please continue reading.

The idea of Time Ninja came to me while I was finishing my book and had some idle periods when I had to wait for the answer from the publisher. I couldn’t start any complicated game or contract work, because I only had few hours or one day maximum, before I got a reply or reviewed chapter from the publisher and could get back to writing/editing.

However, I just can’t sit back and do nothing 🙂 So I’ve decided to work on a small but unusual or even unique game. I had several ideas, but I decided to work on the one where you need to use your time perception (which is sometimes called an internal clock or a brain clock).

In this kind of game you would have to put your perception, concentration and anticipation to work, rather than just use your spinal cord and reflexes.

The initial idea was to start a timer, show it to the player and then ask the player to turn the phone screen side down, so that they couldn’t see the ticking timer. But there were some problems with this gameplay. It was quite hard to explain what to do and anybody could cheat by using another clock (there were few other issues, but they are not important).

So after trying few different things we changed gameplay to its current form.

Now, instead of the timer, you have a spinning arrow which moves at some constant speed. Then, when you tap the START button, the arrow disappears, but continues its movement. Your goal is to anticipate when to tap the STOP button so that the arrow stopped inside the target sector on the circle. This target sector appears right after the arrow becomes invisible.

Here is the How To Play instructions directly from Time Ninja game.

As you can see gameplay is very easy. If you find it hard, this can only be a result of my bad explanation. Just run the game and you’ll get everything in seconds.

I’ve used cocos2d-x v3.2 game engine and it took me about 1.5 weeks to complete the game. About five days were spent on creating a Mac version of the game.

This is the great thing about cocos2d-x. You can just work with Mac or Windows application while you’re coding gameplay, and then when everything is nearly ready you can switch to your iOS, Android or Windows Phone projects.This way you don’t need no simulators, emulators or any other tool that slows you down. You just run a normal Mac/Win application, which takes a few seconds to build and run.

The rest of the time was spent on platform specific code (e.g. Game Center, Analytics, Ads, and so on).

To be honest, most of that time was spent on making things work on Android. Of course developing for iOS also has some issues, but compared to Android development this is just a walk in the park. I really hope that Google will catch up and make the development process less painful.

I would say that most of the time was spent on preparation rather than on publishing itself. While my lovely wife Svetlana worked on the icon for the game (she also created the rest of the graphics for this game), I’ve worked on creating description, screenshots and the final name for the game.

While working on this game we simply called it Internal Clock. I think almost every game has a Codename before it gets its final name. In our case we decided to name the game – Time Ninja. Just because it sounds really cool! 🙂

As it turned out this is not the best idea, because there are lots of games and apps that have a word Ninja in their name.

The publishing process itself is very straightforward. You just prepare your game description, screenshots and game binary and upload everything to iTunes Connect, Google Play or Amazon Developer Console.

Right now it is too early to speak about results, because the game was released only few days ago. However, everyone who played the game so far found it fun and addictive. There is even a game review on one of the review sites.

Of course there is always a room for improvement, for example some players ask us to create a different game mode and we’ll probably add it, but first we want to gather more feedback.

So please leave your comments and write reviews so that we could improve our game!

I think the best summary for this post is create simple and unique games! If you take a look at most popular games you will see that a lot of them are not some AAA studio projects, but just a simple and well polished games. After all if you’re a one-man-studio it is better to release few simple games than never to release your super mega awesome Minecraft killer 🙂

I didn’t shared any code or technical details because the game is very simple to implement. If you want to make games like this just read my book or my tutorials and you’ll learn how to create games like this in few weeks.

This is not the first game that I’ve created, but this is the first time I write about this. If you think I’ve missed something important, want to know more details or just have a question or comment please leave them below!