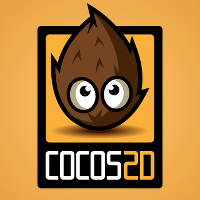 Few days ago, I’ve received an email from Author Acquisition Executive at Packt Publishing. Looks like they are looking an author for their new book about cocos2d-iphone and suggesting me to write this book.

I’ve thought about this for some time, planned the outline of the book and decided to agree!

The initial idea was to write a book about cocos2d-iphone v2.1, but I’ve suggested to write about new version, which should be released quite soon, and everyone agreed that this is a good idea.

So the official book name should be something like Cocos2D for iPhone 3.0 Beginner’s Guide.

Who This Book Is intended For

The book will target beginner developers and will be for anyone who wants to start making games using cocos2d-iphone v3.0. If you’re a seasoned developer or created games using previous versions of cocos2d, then I think this book will contain some things you already know.

The goal of this book will be to build a foundation.

After this book you should be able to make games and read more advanced books (e.g. in much more fast paced Cookbook format) or just find answers to “how to make smth.” questions on the internet.

I believe if you have a good understanding of the basics you can easily learn advanced topics later, or even come up with a solution to the problem yourself.

I think the best way to learn making games is to actually make some games, so the book will use quite practical approach. Especially taking into account that Packt has quite strict rules about Beginner’s Guide series and the motto of the series is Learn by Doing!.

During the course of this book I plan to show how to create several games from start to finish and will try to cover all the common tasks that developers face when creating games.

The topics I plan to cover are:

If you think I’ve missed something or want to suggest a topic, please do this in comments and I’ll try to include this in the book!

I will post updates as I write the book.