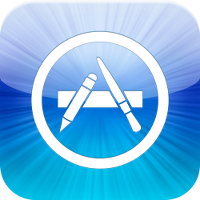 There is no better way for a developer to tell about himself than to show the projects he completed.

In my case this list can be quite long, but I think none is interested in my ASP.NET, JavaScript or MS SQL projects that I’ve made 10 years ago.

Instead I’ve decided to create a small list of my games and apps, which I’ve released or updated recently.

This makes even more sense taking into account that 3 years ago I was CEO and Co-Founder of Web Development company and a Microsoft Full Stack Developer. And look at me now 🙂 This is my vision of how classic match-3 game should look like. No super-duper-explode-everything balls, no complicated rules, just great graphics, relaxing music and a rewarding sound of breaking glass when you complete the line of 3+ balls.
The game is free to try, so if you want to take a look, just click this iTunes link. This is a simple quiz game that asks a question about an interesting fact (e.g. how many hearts octopus has), and provides several answers to pick from. Currently the game is only in Russian, so if you know Russian click this iTunes link to take a look at the game yourself 🙂 This is one of my apps that I’ve created during one of the breaks between making games for myself and my clients. However, this side project was a great success and I’ve even updated it to support iPad and released a version in another language. Here are links to apps in both languages: English and Russian. This is one of my first apps that I worked on when I’ve only started learning iOS development. This was around 4 years ago.

The app is also only in Russian, and contains Italian Cuisine recipes. In addition to recipes there are lots of other functions such as timers, recipe sharing via e-mail, SMS, social networks integration (Facebook, Twitter,…) and so on.

Here is a link to iTunes.

In fact there are bunch of other recipe applications, not just the Italian Cuisine, and there was a time when the apps completely occupied Top 4 places in the Lifestyle category:

However, I’ve decided not to list them, since they are very similar and I think I’ve listed already enough projects.

Unfortunately, I can’t list some of the projects due to agreements with 3rd parties, but I’m going to fix this situation, by simply releasing more of my own games and applications 🙂