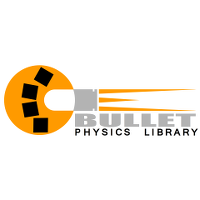 Around a month ago I’ve written my first tutorial for Ray Wenderlich’s web site. Today it was finally published, and I’ve decided to write a small post about it.

The tutorial covers integrating and using the Bullet Physics engine in your iOS games.

Bullet physics is a powerful physics engine that you can use in your 3D games. It is really great and quite easy to use, but integrating it in your iOS project and making few first steps can be quite hard.

You will need to download source code, install build tools, chose which libraries you need, add them to your Xcode project, and so on.

This tutorial contains step-by-step instructions on how to integrate Bullet Physics. It starts from downloading the source code, installing CMake, building libraries and using them in Xcode.

In the end you will have a Breakout (Arkanoid) game that uses Bullet Physics engine to launch the ball, detect collisions and destroy blocks!

Here is a screenshot from the final game: The game itself is created by Ray Wenderlich using OpenGL ES 2.0 and GLKit. So, reviewing source code of the game itself (which is included with the tutorial) can be also quite useful.

Note: In the Bullet Physics tutorial, we don’t create the game from scratch. Tutorial on how to create the game itself (before physics integration) is planned to be released later

Update: I think the process of creating the game itself is covered in new Video tutorials series called Beginner OpenGL ES and GLKit, I think it starts around part 11.

Ok, enough speaking about the tutorial. I’m sure you already want to get the link to it:
http://www.raywenderlich.com/53077/bullet-physics-tutorial-getting-started

If you have any comments or questions please leave them on Ray Wenderlich’s website, so that more people could see answers to them.